A lifelong dedication to service and helping those in need

As early as eighth grade, and maybe earlier, Richard Crews was finding ways to help.

From his early days looking to break people out of poverty to his time now fighting systemic homelessness, Crews’ passion for helping people in need has only increased.

This month, he sits down with STN to talk about growing up in Phoenix, how healing people can help make them whole and what he needs from the people he partners with. 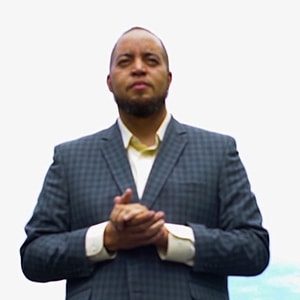 “I care where your heart is. And as long as you come with a good heart, we can do the work. “

This article has been edited from the original interview for content, length and clarity.

STN:
You’ve been helping people since you were young. How does a kid like you end up in Phoenix in the first place? And what things from back then influence what you’re doing now?

RICHARD CREWS:
I’m originally from Queens, New York. I’ve been here since 1989. I got here when I was six. It was supposed to be a three-year journey and my dad got here and realized that he didn’t have to deal with any snow, ice, hurricanes, floods, any of those, you know, things that are weather everywhere else. All you have to deal with here in Phoenix was hot days – which we have pools and air conditioners for.

It was a three-year trip that’s now on like year 33. Growing up on the west side of Phoenix, largely doing community work since I was in high school. So working alongside those that are marginalized isn’t anything new to me.

When I was in eighth grade, the eighth-grade group would always have its own crew. The year that my grade’s group came up, we called ourselves B.B.I.C. Which stood for Black Brothers In Charge.

What we wanted to do was infiltrate various areas of industry and figure out how do we buy black folks out of poverty. This is in eighth grade, I don’t know how many other eighth graders thinking about that.

I often say that my parents are good farmers because they always planted me in good soil where I could be nurtured. Whether it was in church. Whether it was letting me be in the various programs that I was in from a school standpoint. This has always been what I’ve done – working to help people get free.

STN:
What’s the driving force behind your passion for the social transformation that you are currently seeking?

RC:
People deserve to be free.

Whether that’s when it comes to housing and folks being able to be healed to be housed. Not healed in an evangelical frame, but healed in terms of whatever the societal trauma that they’ve experienced is. How do we address those wounds so that people can be whole?

Because whether we’re talking about housing or education or criminal justice, all of these systems actually are linked when it comes to who are the individuals in the midst of it.

My ex-wife used to work for the county and whenever we’d go home, I’d pick her up and we’d drive down Madison. That’s when people would line up outside to be getting in [the Human Services Campus] and it would remind me that, regardless of all the other work I was doing in other spaces in the community, this was confirmation that we’re not doing what we think we’re doing. All of the things that we pat ourselves on the back for, this is the community that’s forgotten.

To have the opportunity to then take this passion and this drive and plug it into that space to connect with a community that isn’t forgotten, it is just cast aside. We can see it. But we’re choosing to cast it to the side and pretend like we don’t see the folks on our corners or in these encampments.
It’s a privilege and an honor to be able to do that work and hold that work.

STN:
How do you like to be approached for partnerships and collaboration when someone comes to you?

RC:
I’m open. I tell people I’m an open door. I at least want to hear what people have to say. But I ask that people come in a way that’s genuine. I don’t want to be approached in a way that doesn’t center. When folks are able to be genuine in that space, then we can talk.

When I say an open door, I really mean that. Whether that’s an organization rooted in grassroots efforts or they’re activists, or we’re talking corporate efforts and all points in between, we can do this together to end homelessness.

You don’t have to have a certain pedigree to be about this work. Because the abuela living in south Phoenix is just as important and influential as the millionaire living in Paradise Valley.

That grandmother has a community that she can rally to do this work. I want to hear what she has to say. She may not come all polished and everything, but she’s got the heart to want to do the work. And if you’ve got a heart to do the work, then we can do the work. We can collaborate.

That millionaire may have funds and resources and various other things that are also helpful in doing the work. They may not speak all of the most socially correct or politically correct language of like do we call them homeless or those experiencing houselessness? I don’t care if you get that right or not. I care where your heart is. And so as long as you come with a good heart, we can do the work.